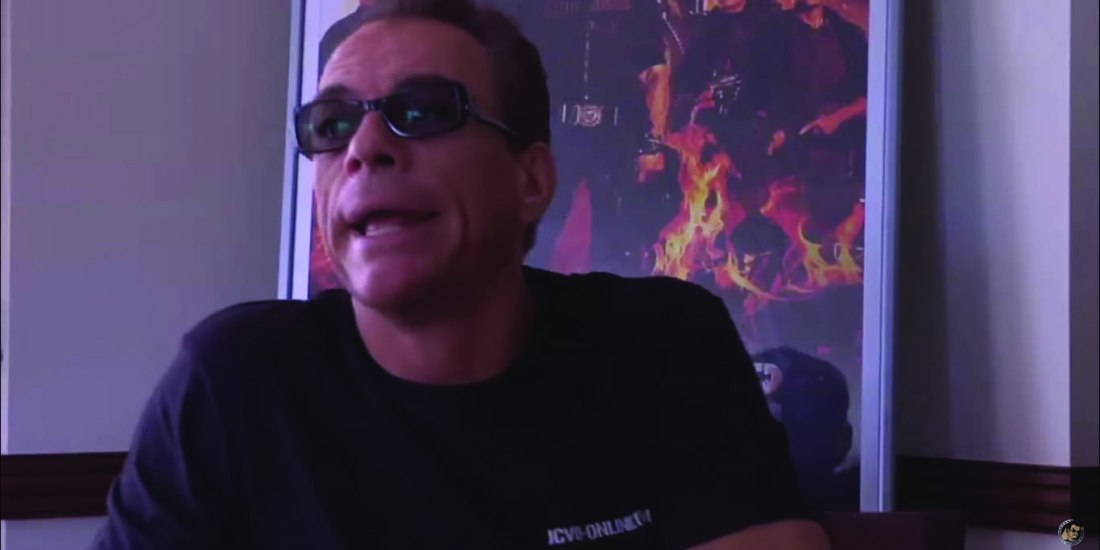 I have to admit that I am a sucker for nineties action films. I have a particular fondness for the likes of Schwarzenegger, Segall and other Norris, they are part of my cultural landscape. Jean-Claude Van Damme is somewhere near the top.

There was a time in France where there was a big fuss over Jean-Claude Van Damme and his strange interviews; he’d talk about dolphin communication and atom particles in a very frantic style. He’s an ardent man passionate about martial arts, a restless and philosophying character.

Here’s him talking about his arrival and struggle in Hollywood.